A downloadable game for Windows

Lake Ophelia. A strange little place full of fish from all around the world. Nobody is quite sure why, and it seems like most people don't really care to find out. Go ahead, sink your lure and see what you can catch.

In order to download this game you must purchase it at or above the minimum price of $4.99 USD. You will get access to the following files:

I love this game. Such an odd mix of unsettling and almost relaxing. A memorable "ending" too!

This game is amazing. I haven't been playing it long, but I already love it.

Completely forgot that there was an ominous title while playing the first time. Until I saw the glow in the middle of the lake.

Trying to find the last lure. I have a feeling it has to do with the butterflies.

I don't know why, but for some reason none of my inputs work. It doesn't respond to controller input and the game only responds to my mouse. I can't walk anywhere.

There's a bug where the fish keeps on going and going when I reel it in into the air. It soft locks me in the game and I have to close and re-open it every time.

I've never heard that happening to anyone before, could you post a video of it perhaps?

I was only able to replicate it once more after a couple minutes of trying but I didn't get the full clip. I was trying to get the full video but couldn't. Before the video started the reel and the fish came out of the water and floated towards the character right as it was about to come out the water and be caught. Now I am stuck.

Edit: I got it once more with a full clip this time.

Loved this game! Nice to kick back and relax when I need something to do!

This game looks great, came in one of my bundles. Unfortunately, can't play it because of a severe case of ichthyphobia. Darn!!!

Awesome. I loved it.

Unfortunately "Full controller support" doesn't seem to include PS5 controller sadly. Kind of disappointed, keyboard for me it is.

Probably, but unfortunately that replaces the actual driver for it and breaks PnP functionality for the controller otherwise, and it works fine on Steam as is so I'd rather not break that functionality. Thanks for the suggestion though!

Oddly enough, Lake Ophelia does actually recognize the Dualsense being plugged in, but all it does is permanently put me into the "casting" pose

probably a little too late to help, but you can run the game through steam as a "non-steam game" and then that should allow you to bind your ps4 controller for whatever game you need using steam's configurator.

This game is really cool! I love the graphics. I'm having a hard time exiting in-game menus like the store/cooking interface, though. Is there a key that's set for this?

There is, I believe it's backspace or x or both. Feel free to check the keybinding menu in the options to check and rebind it.

This video serves as a more in-depth review but I really recommend you to play it by yourself.

I don't think I came in expecting having this much fun with fishing. Usually it's relegated to minigames or relaxing side activities. But Bryce Bucher managed to use that trope in such a creative manner, both mechanically and for story-telling purpose. Mysteries Under Lake Ophelia might not be a "horror game" per say but it hit the right spot with it's calming yet unsettling atmosphere. Can't help but recommend it, I had a great time.

Another masterpiece by Bryce. Makes me want to attach cameras to my lures irl and go fishing.

Loved all the out of the box thinking required to get some of the lures. Not overly complicated but not apparent right away either.

The ending is definitely what I was expecting at some point after playing Bryce's previous games. :D Didn't understand it but loved it all the same.

There is one thing I never saw and only read a couple of other people seeing. Both those people had major in game hours and played the steam version so I hope I didn't miss out on it for either lack of hours or not having played steam version.

I'm wondering if more secrets will reveal themselves in the future as more people play this game. I think I got them all except the one thing mentioned above, but who knows. Maybe someone will rip apart the code one day and find more.

Looking forward to whatever is coming next.

This game is astonishingly beautiful! I like all the attention to detail like having the kid blink, and like someone else mentioned the cave at night is absolutely gorgeous, well done! The fishing was also engaging enough that I forget that this was supposed to be a spooky game until the glow appeared. I also liked the writing, with the kid not knowing the names of some of the weirder fish and the trader being weird and too paranoid. Thank you for making this!

Really cool game.  I did not understanding the ending at all but still had fun fishing!

LoL I'm too poor to afford it 😂

i cant play the game but i bet its amazing :D

Any plans for a Steam release?

Beautiful detailed environments that are a pleasure to explore, fun fishing mechanics that are smooth and clearly a lot of effort was put into, and so much more. Must buy for any fishing game or psx lover.

Still taking my time to finish up the game but it's incredibly high quality and immersive and, of course, fun. The amount of passion and work that went into everything is really noticeable, I really hope you can keep producing more stuff! you deserve every praise

Best fishing game I've ever played, Haunted PS1 fans will get a REEL big kick out of the secret's hidden throughout the map! 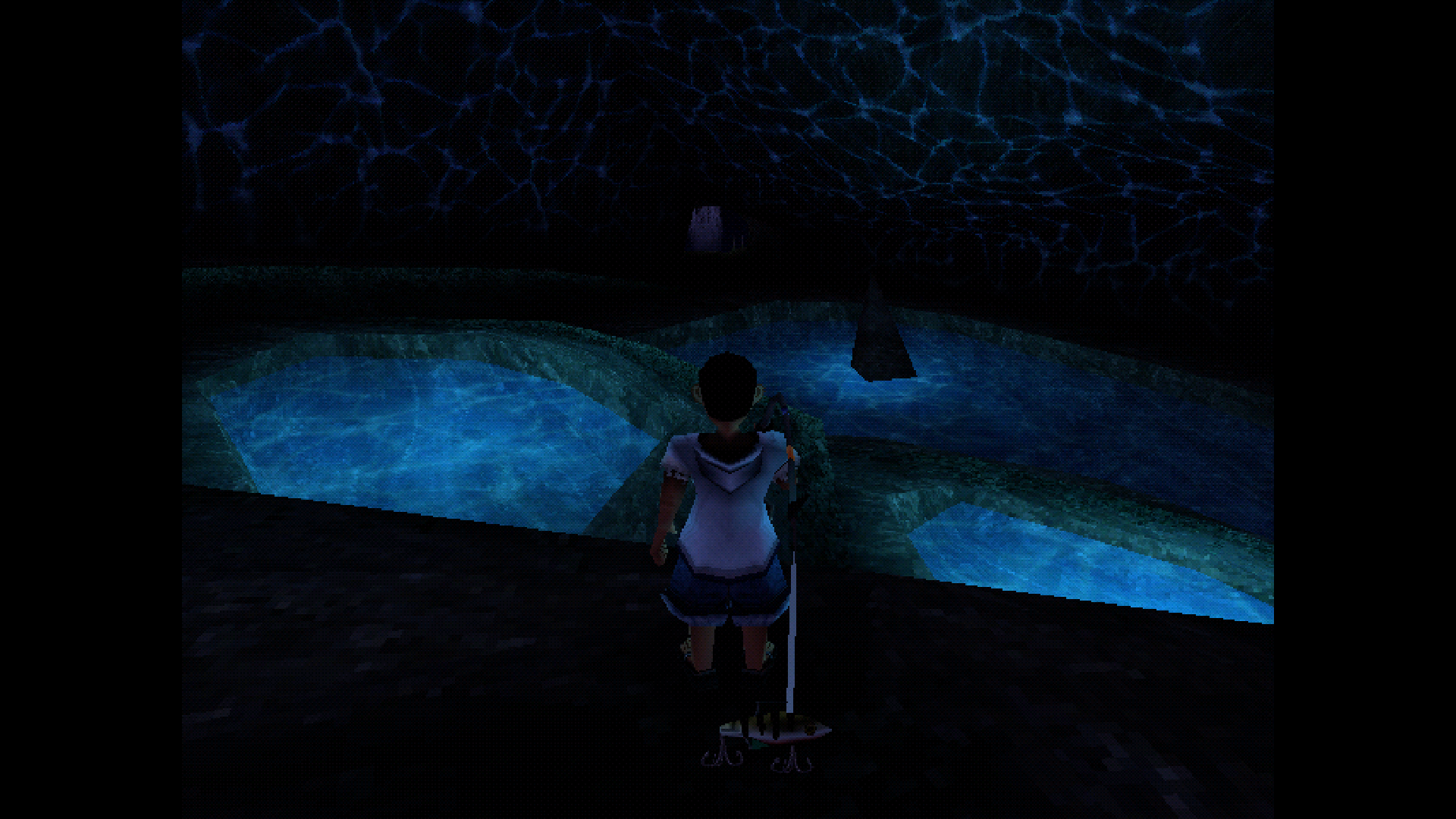 The cave is absolutely beautiful at night. I love the music that plays here.

Found all the hidden lures, beat the game, and got all of the fish except the last one. If anyone has any idea how to get it, let me know. Great game! Thanks for making it.

the last fish I assume is luck based!

Ah cool. I was finally able to get the last fish. Ate for some luck and then, after sleeping, it spawned in the shallow part of the lake opposite the side of the camp.

Mind pointing me in the right direction for the last lure? I found the beast, unnamed, moon fish, peeb, and assume the last one is hidden in the big lake somewhere but can’t find it.

Yeah, I don't remember exactly where the last one was, but I know it was along the edge of the lake in a plant near a rock. It gives off a red glow which should help find it.

Ended up finding it literally twenty minutes after I posted my comment, thanks for the help tho! Love this game and Bryce’s other projects :)

this game good as hell! got damn!

What a masterpiece! Truly a fishing game for the ages. The mixture of pre-rendered clay and PSX elements really create a unique visual style I haven't seen a whole lot before. The fishing is fun and responsive, and you can really take your time to explore the lakeside. It's also got plenty of fun secrets to hunt for if that's your sort of thing!

Never before have I been able to catch endangered species and eat them except that one time I stayed with my weird uncle Peter on his ranch. 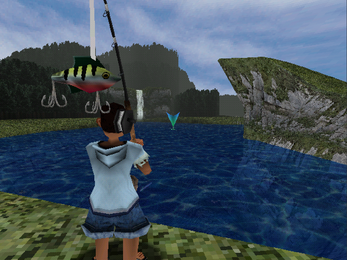 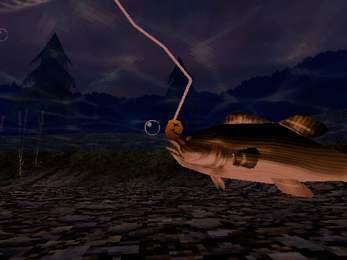 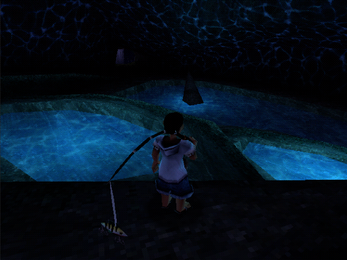 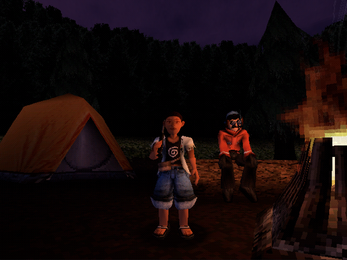 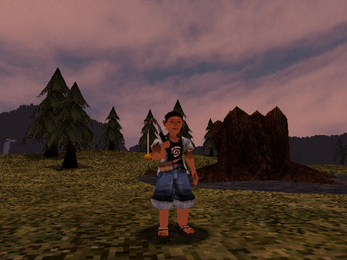 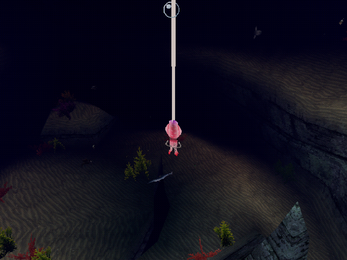