A downloadable game for Windows

Placed in a world without change, you must create fate by watering an ancient plant. Determine a future and live with it.

Get the Soundtrack Here

In order to download this game you must purchase it at or above the minimum price of $5.99 USD. Your purchase comes with a Steam key. You will get access to the following files:

I played this on Nintendo Switch a while back and I feel like there aren't enough games like this. This game gave me a sense of comfort and dread simultaneously, and I couldn't stop trying to get different endings. The lack of jumpscares and such made me really happy since the dread feeling was good enough and something like a jumpscare could've ruined it. Thank you for making such an amazing game.

couldn't get enough of the atmosphere—this was deeply inspiring experience, and I wish I could play and explore it for the first time again.

Very strange game but it certainly peaked my interest!

This might be the strangest game I ever played, but I love it!

i just want to say, I am a 24 year old who has played over 700 games since age 5, and this is my all-time favorite. This game does nearly everything I wanted to do with my dream game project in such a concise package. Thank you for putting this out there. I wish everyone would play your beautiful, honest video game.

also, as a Christian who got Ezekiel on my first time below the ocean, you really really scared me. Scared me so bad i had to talk myself down telling myself they’re just words you typed. Even after seeing the secret as my first ending. Finding out that what happened to me on my first time was so rare made it even worse. Then the soup can ending. What a rollercoaster of real-life emotions, not just role-playing pretend emotions.

People need to hear this stuff.

I thought the size of the game was mainly related to its assets, but I've watched a gameplay after my first ending and now I know why this is so heavy (I mean relatively to the lowpoly assets/textures we see).

Anyway this was fun to play, some ending are actualy original and out of context but I really enjoy it, I'm not a native speaker so I may have missed the part where it says that you need to put the liquid in the "church"(?) river, or maybe this isnt explained, so making this a little bit clearer could help others.

Is there a difference between the Itch and Steam versions?

Achievements would be the only difference

You have to combine them in a water source, sorry if this is late.

So I'm loving this game. I do want to mention what I think is a glitch that I stumbled into. My first playthrough was pure exploration. Had no idea about anything.

After checking out most areas, I ended up getting to the church and my first instinct was to go behind it. So trying to avoid spoilers there was that thing that is there. Went there and my very FIRST ending was ending #9.

Now I've gotten 6 other endings since and have been playing a bit everyday to try and figure out more. Was driving me nuts that the thing behind the church would never appear for me no matter what I did. I didn't try out many new things because I figured something I did the first time triggered it. And since I didn't do much I was sure maybe it was a combination or order of the things I did originally that did it.

Well, third day in a row trying and I gave up and checked a walkthrough. I guarantee 100% I didn't do half the things that are in the walkthrough that seem to be required for getting to the point for ending 9. And now I spoiled a few other mysteries which I was intent on trying on my own but I got a bit obsessed that I couldn't recreate what I did in the first place.

Anyways other than that, awesome game. I'm a bit bummed I spoiled some other stuff checking out that ending 9, which I'm sure must of been a glitch that it was even there for me to do that first time. I tried to read as little as possible for the rest so will come back another day with less memory and hunt down the rest.

Love what I've played of your work so far and looking forward to more.

Ending 9 is a random chance

Well that's interesting. All the walkthroughs titled how to get ending 9 seemed to have it figured out. But I didn't read to the end because I didn't want more spoilers.

Guess I got lucky on my first shot. It just felt like there was more to do in that place where I managed to do ending 9. Maybe not. I guess I'll see if it randomly appears for me again.

Just finished all the endings. Espeically enjoyed watching your work in Unity. Need more thinking outside the box devs as yourself. Very well done. Thank you for all the effort that was put into this gem. (I'm still a bit upset I haven't been able to recreate ending 9!! Damn randomization! O:) )

Reply
z23ash1 year ago
Really enjoyed the game, love the ps1 retro styled graphics!
Reply
zzzlaud1 year ago (1 edit)
I was sick so I figured this would be a good chill game to play and it was. Definitely don't go into this game assuming that you'll be able to figure things out on your own. Some stuff is really out there so don't be afraid to use a walkthrough at some point.

Thanks for making games!

Amazing work. It has the feel of the old school PS1 "LSD Simulator"

Finally the last four endings were made. I really liked the last one because it shows the entity behind everything (which is why I created this nice thumbnail). Congratulations on your game, and we are looking forward to Protagoras Bleeds.

Without a doubt the game has an excellent atmosphere. The replay factor is great. Congratulations.

I have very low horror tollerance, but i have discovered most characters in this game look very spooky but just want to chat haha <3

This was a very surreal game, the atmosphere was incredibly eerie and unsettling. I loved how the game would give hints in the lore about what could possibly lead to different endings. Although we had trouble progressing at times it did help piece things together as we went through it. We made 2 videos on it and got several different endings in the two hours of gameplay, but there's definitely a number of them that we didn't get to yet. I will probably try to get to the rest of them off-video, but overall I'm happy that we checked it out on the Switch and I really enjoyed the playthrough!

Just played the Haunted PS1 Demo. Is the walking speed still that slow in the full release?

Amazing Game! Played it so much. The atmosphere and music are superb and the philosophical ruminations of it all hit home for me.

Played it on the Switch and Steam and really enjoyed it. Keep on it.

Hello, I'm doing a playthrough on your game (absolutely amazing so far (loved Disparity of the Dead aswell)), but I'm having trouble getting Ending 9. googled how to get it and I got this site: https://steamah.com/fatum-betula-all-endings-guide-9-endings-bonus-content/

Followed it through, still couldn't get it. Watched playthroughs, nope. Checked other sites, same walkthrough as the other, still couldn't. I don't know if I have to follow it exactly in the order as it is listed or what. I also can't get Ezekiel to appear. Tried Wine, Growth, and Immortality, and nothing. Idk if he's a Steam exclusive or. Anyways, Your help would be much appreciated. Either way, still loving the game and its many intricacies. Hope for a response, have a nice day :)

Edit: Oops, nvm, heard it's random chance for both. I'll work hard to get them. Anyways, Still hope you have a wonderful day, and can't wait to see wait you make next :)

Late to the party but here is the ending 0 no commentary run, Ill have to figure out what to do next lol great game!

It was a lot of fun exploring and experimenting with the many fluids.

Pretty sure I found the majority of the endings, but haven't sussed out what to do about that Immortal Skeleton and Well Witch yet.

Very happy to see that feeding the Dream Fish to the Oily Kitty did this. 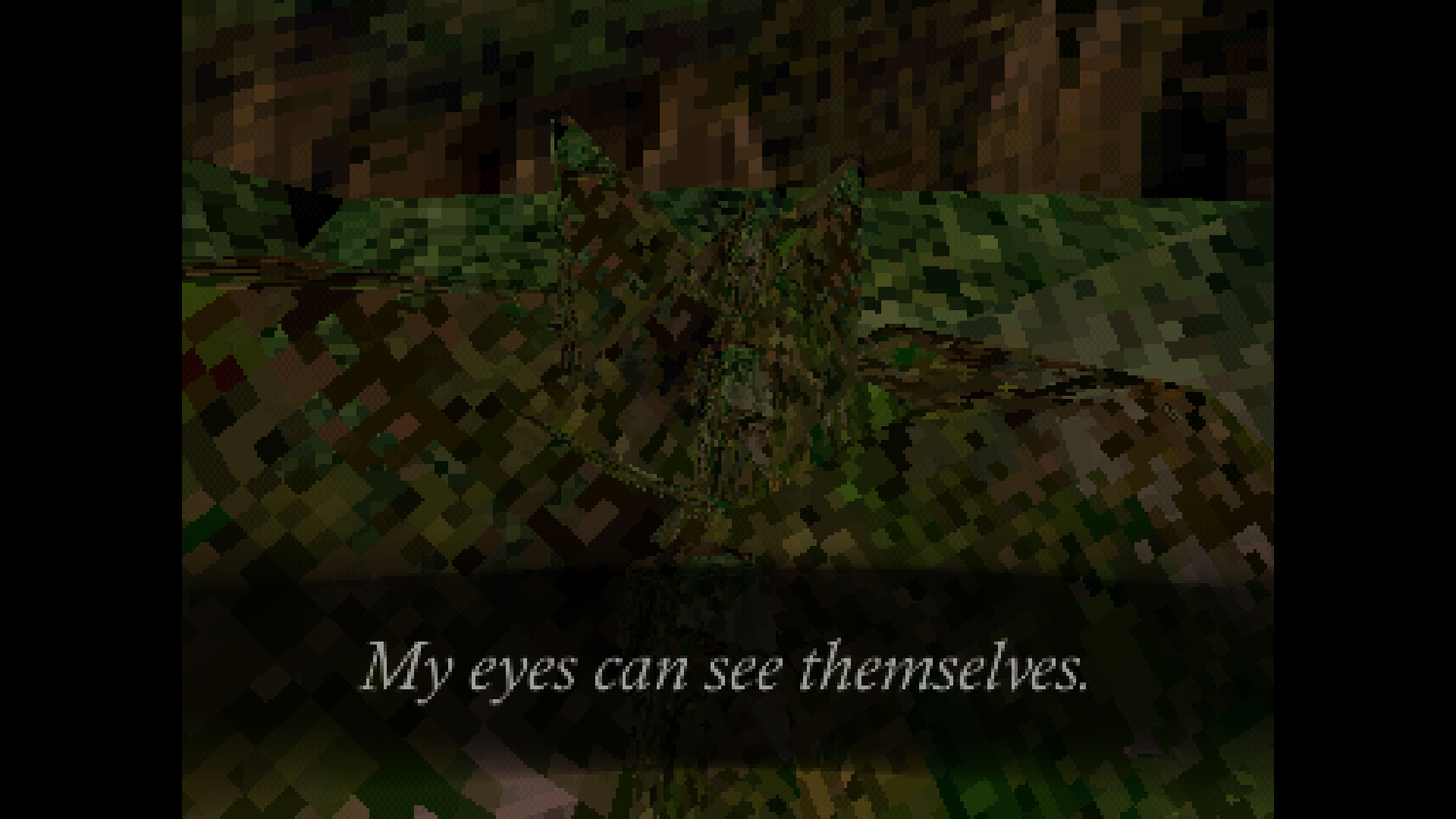 It's a lovely little game! how many endings are there? I only managed to find two 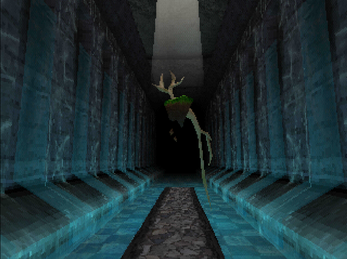 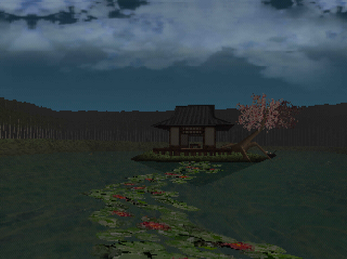 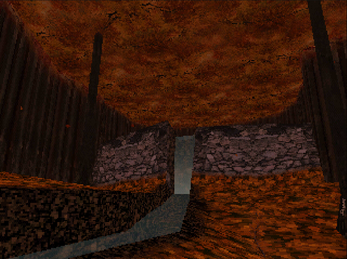 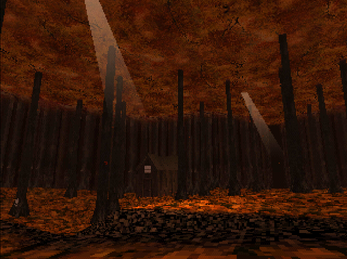 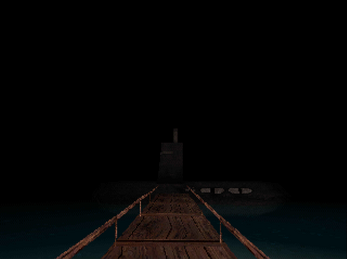 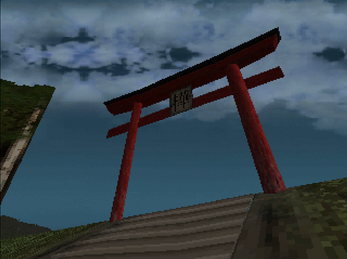 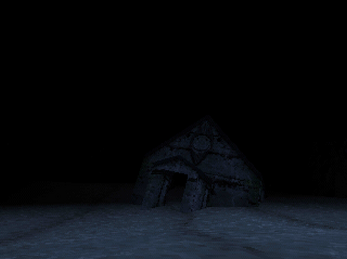 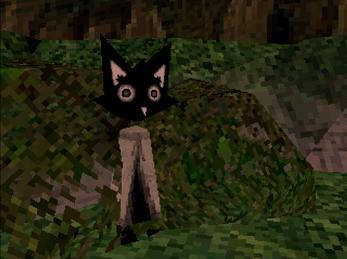